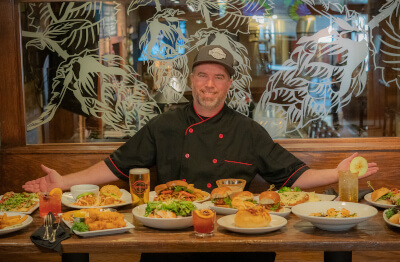 Jason’s culinary career began 22 years ago along the New England coast of Cape Cod. Jason earned his degree in culinary arts from Johnson & Wales University in Rhode Island while honing his skills at local Four Diamond inns, such as Wequassett Golf Club and Resort in Chatham, MA.

Nearly 8 years ago Jason arrived in Denver, CO and landed as Executive Chef of the esteemed Green Gables Country Club where he specialized in local farm to table cuisine. From there he served as Executive Chef for the Club at Cordillera in Vail, CO.

Jason has traveled from Massachusetts to California preparing his dishes, but he loves Colorado, and is looking forward to sharing his passion for amazing food, thoughtful service, and making every meal a special one.